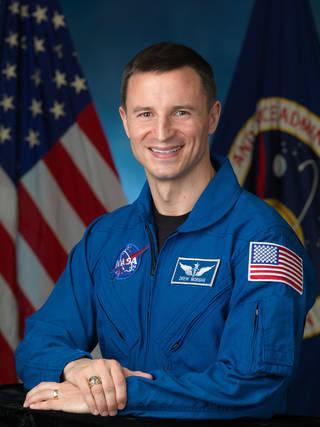 Students had a conference call with Col. Andrew Morgan while he was orbiting above the earth on board the International Space Station.
Golden Oak Montessori was granted an opportunity only a handful of schools nation-wide receive each year experiencing a phone call with an astronaut orbiting above the earth on the International Space Station (ISS)! The program, a joint effort with NASA and Amateur Radio International Space Station (ARISS) organization, gave students in grades 1-8 a chance to speak with Astronaut Col. Andrew Morgan on Mon, Oct 28 via a HAM radio.
Eleven students, elected by their classrooms, asked questions prepared in advance by the student community. The astronaut's response came through via a telebridge connection - patching the phone call into speakers for all students to hear. The call lasted 12 minutes while the ISS was orbiting above in range of the radio station.
Students learned that Scrabble and playing musical instruments are favorite past times among the astronauts, that the crew is growing lettuce on the ISS and they plan to harvest it later in the week, that ISS crew members communicate with each other in both English and Russian, and that Col. Morgan Skypes with his four children every week.
Classrooms have been studying space exploration, astronomy, and physical science related to the earth in preparation for their conversation with the astronaut.
Watch the video of the event!
Astronaut Morgan's voice is audible just after 17:20 on the video timeline.